We are Year 6 and our teacher is Mr Codd.

Our PE days are Tuesday and Wednesday.

Please make sure you bring full kit (including the new red PE top) and trainers for outside games.

In Autumn term, we will be doing dance and tennis.

Homework is given out on a Friday for the following Friday.

1 piece of English, 1 piece of Maths, and 10 spellings to learn each week.

During this term, we have based our writing around WWII - which is our topic. We wrote a newspaper article about Neville Chamberlain declaring war on Germany.

We also wrote a short descriptive narrative about an air raid. We did lots of work on sentence starters.

We wrote a kenning poem linked to world war II.

In maths, we have being following the White Rose planning format. We have focused on improving our recall of maths facts and accuracy of our fluency. We used Venn Diagrams to discuss the properties of numbers.

We learnt about fossils. We discovered how they were created over thousands of years. In addition to this, we learnt about a fossil collector called Mary Anning. This was linked to our art topic too where we created fossils, called ammonites, for a hall display.

We discovered what the difference is between an archaeologist and a paleontologist. We then carried out the job of a paleontologist as we studied bones and predicted how they fitted together. We worked out that we had discovered the bones of a pterodactyl!

We then learnt about the Galapagos islands. Can you believe they are younger than the planet? They were formed by volcanic eruptions under the sea. This is really important as they helped to Charles Darwin to write his theory of evolution. We learnt about how the different tortoises were adapted to the food on each island and created a storyboard to show our understanding.

We then took adaption further and thought about the different features of animals that make them well adapted to their surroundings. Our task was to create the perfect animal using all the best adaptions from lots of different animals. We drew them and listed what parts it had been given from which animal.

We then looked at inheritance. We learnt that we get some features from our mother and some from our father. Mr Codd told us that DNA is what decides on the features we have. For example: hair colour, eye colour or even how tall you are! Our genes (DNA), which we have inherited from our parents, are what cause us to look a little bit like them in some aspects. Has anybody ever told you that you have your dad's nose? Or, your mum's eyes? It's all because of your genes. Our task was to work out which Mr men were the parents of the offspring. We needed to take into account their skin colour, hair colour, height, nose, eyes, teeth and many more. Some of us then used two characters to make Mr Men and Little Miss offspring.

Our topic for Autumn term is WWII. We have been learning about the countries that were occupied by Axis forces. We used atlases to practise our geography skills.

We created a glossary of terms which were important to understand the specific vocabulary.

We discussed important dates which lead to war being declared including the impact from World War I.

We also visited Eden Camp museum! This was a fantastic experience where we could find out lots of information and we saw recreations from the time.

During our games, lessons we have been recapping some tennis skills. We worked on a forehand shot and a backhand shot. We have recently been playing and officiating our own games. 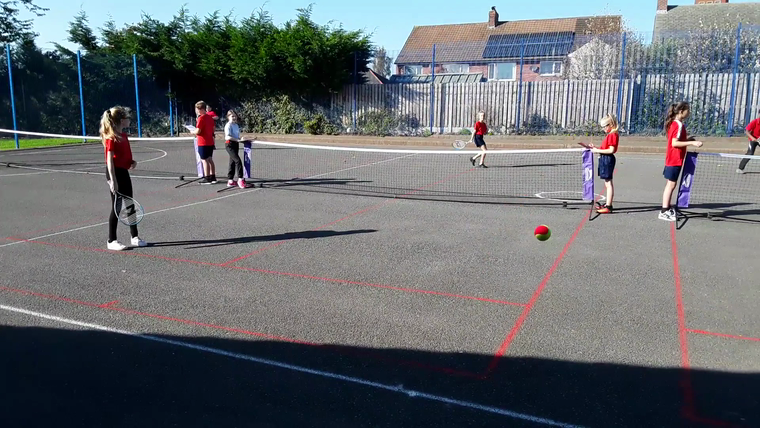 We have learnt how to play and officiate our own Mini-tennis games. 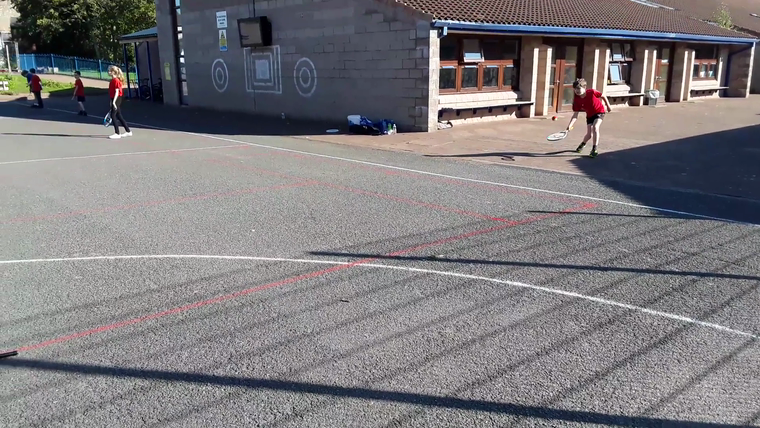 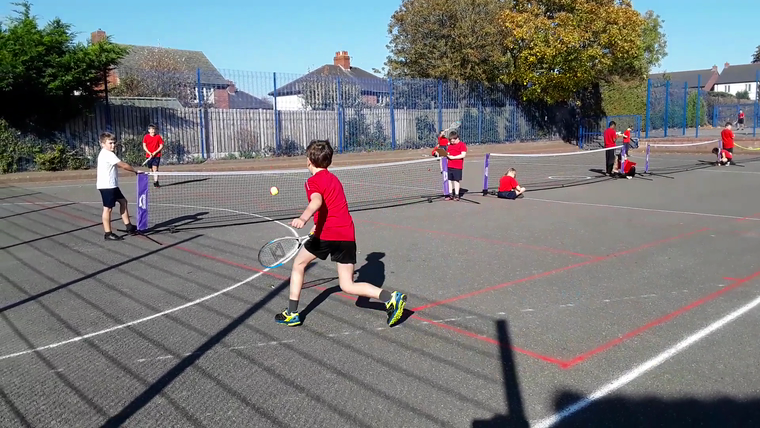 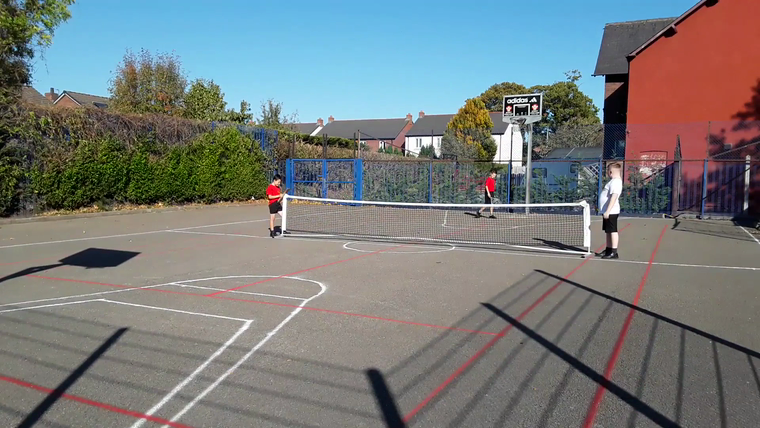 During our dance topic we have learnt some of the basic steps of the Charleston. We then worked in groups to choreograph a dance the including 4-6 different moves. 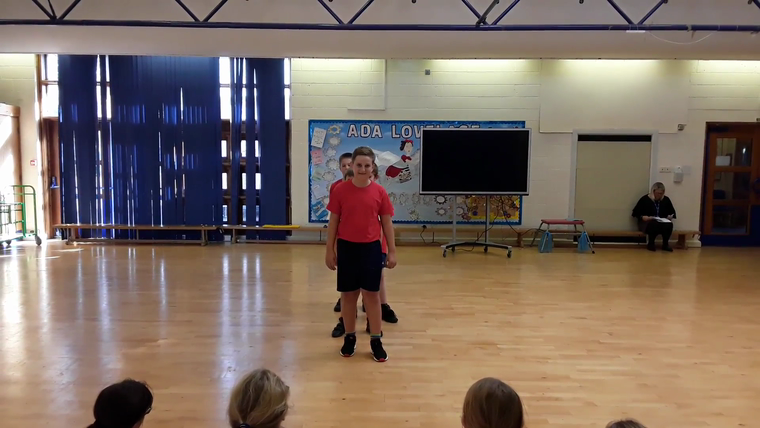 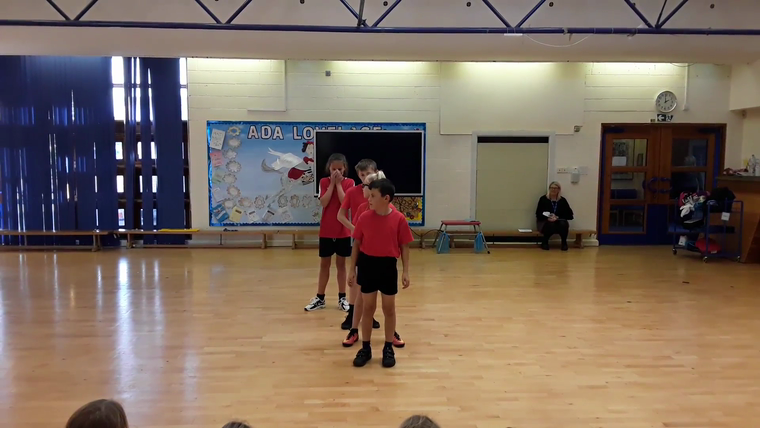 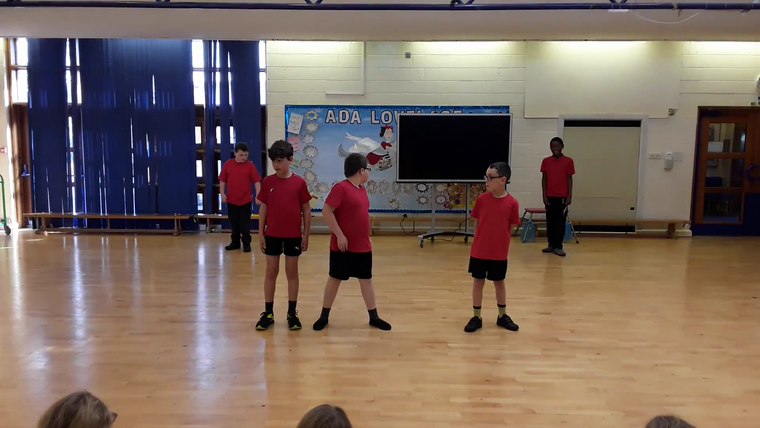 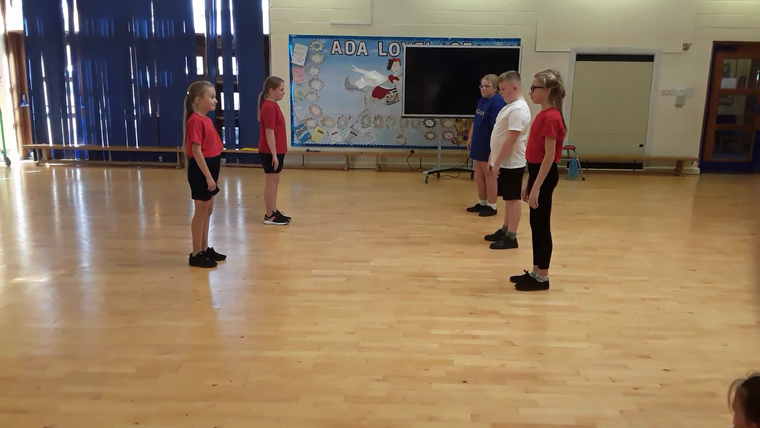 We were lucky enough to be visited by life bus and got an opportunity to think about choices.

We were given statements and we had to choose whether they were very important (touch your head), Not important (hands on the floor) or in the middle (hands on shoulders). These statements were related to things that could help with our physical and mental health.

We then had a session learning about drugs. We worked well in groups and had lots of good questions!

During our PSHE lessons, we wrote a manifesto which explained why we would be good at the roles we were applying for. Those who wanted to campaigned and read their writing aloud to the class. They also answered any questions from their peers.